What Does Smoking have to do with My Foot Surgery?

What Does Smoking have to do with My Foot Surgery?

I certainly believe, if you are able to read this blog, you likely can espouse numerous detrimental effects smoking can have on your overall health. After all, in 1997, the tobacco industry agreed to pay 360 billion dollars over a 25 year period to fund antismoking campaigns and public health efforts. The well documented and supported relationship between cigarette smoking and cardiovascular disease, lung cancer, and pulmonary disease are, for the most part, well understood, or at least has been well engrained into much of our society.  However, despite these well-known effects, nearly 20.8% of Americans smoke tobacco cigarettes. In fact, according to a 2005 report by the Centers for Disease Control and Prevention, smoking remains the leading preventable cause of death, accounting for approximately 1 of every 5 deaths. These are interesting facts and I understand a family physician emphasizing the need to quit, but what does this have to do with foot & ankle surgery?

There are numerous reasons your tobacco use matters to us as foot & ankle surgeons, one of which is we are physicians and your overall well-being and health matter to us, not just the state of your feet. However, three specific and crucial effects of cigarette smoking on the lower extremity, that are worth briefly highlighting are peripheral arterial disease (PAD), wound healing, and bone healing.

Cigarette smoking has been shown to be the most important variable risk factor causing peripheral arterial disease. A 2008 animal study, showed that nicotine exposure can increase vessel density, which results in decreased blood flow. PAD is a significant risk factor for lower extremity amputation, and the risk of PAD for smokers is 4 times that of nonsmokers. It has been proven that smoking cessation slows the progression of PAD, and decreases the risk of amputation.

Cigarette smoking has been implicated in poor wound healing and bone healing as well. Consider the following information gleaned from a 2002 study conducted by a group of plastic surgeons. “Smoking a single cigarette may cause cutaneous vasoconstriction for up to 90 minutes; hence, a pack-a-day smoker remains tissue hypoxic for most of each day.” In other words, the skin lacks the blood flow and oxygen levels needed to heal when exposed to cigarette smoke. Nicotine, carbon monoxide, and hydrogen cyanide are three components of cigarette smoke, in addition to the 43 cancer-causing substances, that are particularly detrimental to the healing process. These substances decrease tissue perfusion, inhibit oxygen from getting to the tissue, alter the cells responsible for laying down the necessary materials for wound healing, and delay bone formation across bone cuts and fusion sites.

Numerous studies have been conducted indicating the effects smoking tobacco can have on the human body. Foot & ankl 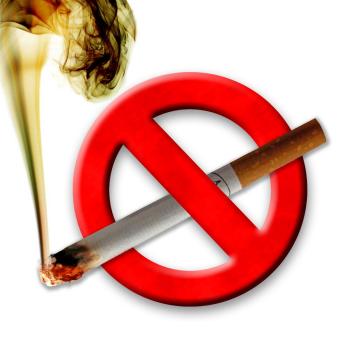 e surgeons have noted, specifically in foot & ankle surgery, that smokers take nearly twice as long to heal and are at risk for significantly greater complications following surgery, than nonsmokers. In fact, it is not rare to find surgeons who will simply refuse to do surgery if a patient admits to tobacco use. Research has ranges all over the spectrum as to how far out from surgery and for how long after surgery one should limit their exposure to tobacco. It is best to simply begin the road of complete cessation, and never waiver from the path as your body will thank you and your foot & ankle surgeon will thank you.